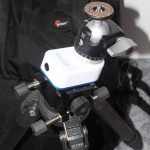 As a 100% mobile astrophotographer I like to test and review portable mounts and portable tracking units (I owned AstroTrac TT320X in the past). Since my ultra-mobile setup (for catching all sky timelapse videos and possibly meteor showers) weights only about 135 gramms including lens (!) I decided to give a Sightron’s nanotracker unit a try. Another reason was that unlike from AstroTrac it doesn’t have a 2 hour tracking limit. Since the purchase on 6th December 2013 I have used the unit 3 times, once on 13th December 2013, once on 8th August 2014 and for last time on 28th August 2014.

Here’s what you find in the box: 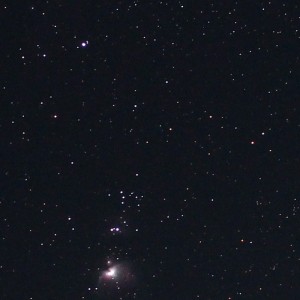 In the meantime, on 8th August 2014 I have used it for some all-sky timelapse testing: As I prefer not to worry about running out of power during a night I have improved the hand controller by adding an ordinary „jack“ connector instead of using 3×1.5V batteries (that possibility was preserved). power input from a DC to DC step down converter

For an easier polar alignment I have let a friend of mine to build me a custom made holder for the nanotracker unit. It looks exactly like depicted on following image. The idea is to use it along with stronghold tangential assembly from Baader that serves like an ALT/AZ wedge. 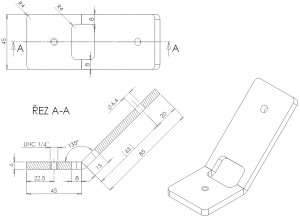