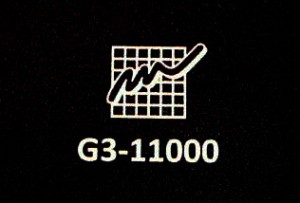 Initially, I wanted to measure dark current of KAI-11002ME, because everybody says how high it is (yes, from the CCD specification it’s really huge), but has anyone really “seen it”? Me not. I have seen – measured – couple of “clean” SONY CCDs for dark current and was curious on how big the difference with Kodak’s KAI family really is. Therefore I have gathered some flat fields (to estimate gain), some biases and few set of darks at 1, 2, 5 and 10 minutes long subexpositions that I averaged before trying to compute any statistical information. What a naivety. These interline detectors aren’t that simple. Their vertical registers seems to accumulate lot more dark current than actual pixels which made my effort completely inaccurate and useless.

The only useful information I dig out of the data was a demonstration of non-linearity of a single bias frame (see the set of images below) and a chart showing how the background’s mess cleans up with lower temperature. This justifies the saying that with Kodak detectors you should cool to at least by 20°C lower temperature than with SONY detectors (where about -10°C is just fine). Well, it’s not that simple, but I won’t go into details now. 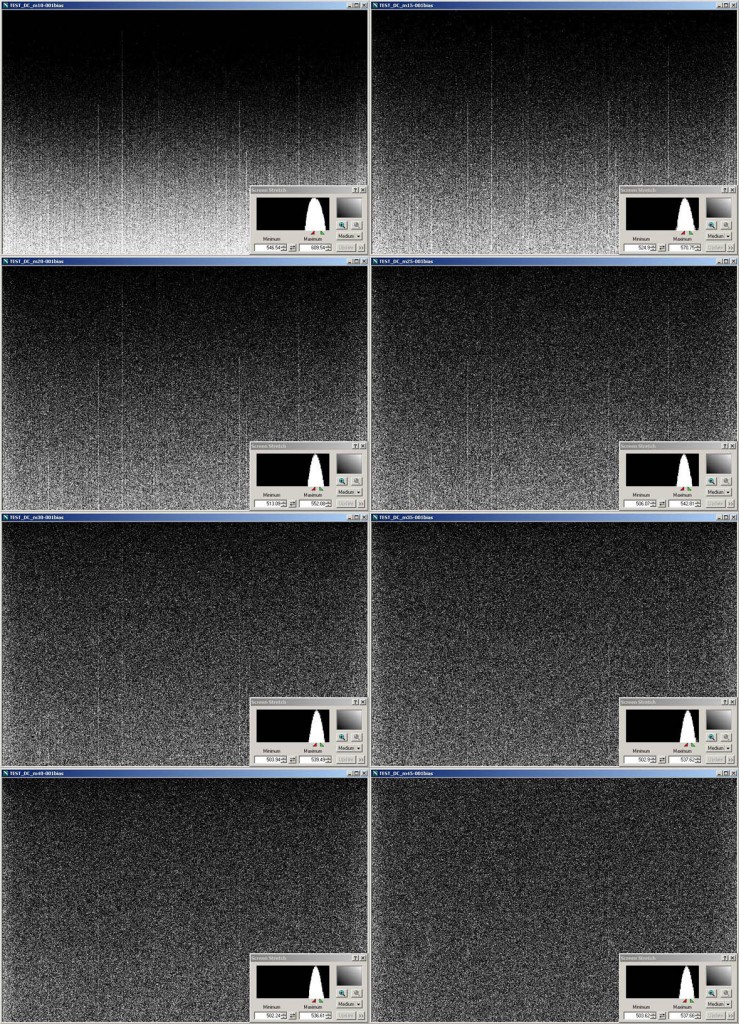 Last, very useful information from collected bias and flat field frames (set of variable length darks turned out to be useless) was measuring TSN (Total System Noise) of the CCD camera along with difference in Readout Noise based on CCD temperature that was set to -10, -15, -20, -25, -30, -35, -40 and -45°C. Major impact on the results has thermal noise that drops at lower temperature. See table and data representing chart below. The TSN is measured from a single bias frame while RN from a difference of master bias and single bias. Therefore TSN must be always higher than RN. 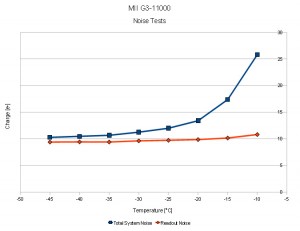 It seems that optimal cooling temperature would be around -35°C which might be hard to reach in the warm summer months.