This is just a quick and actual/current (19th November 2014) comparison of a master bias from a QSI 660 mono camera versus Atik 460 EXM camera. Both cameras feature famous/great Sony ICX694 CCD detector known for its low noise and high QE being most suitable for narrow band imaging. This is not a random/single example of a „defect“, more samples from more cameras were showing exactly the same issue of amplifier glow [OK, it might not be exactly amplifier glow issue, but it is very similar issue - noise is added by thermal heating of some electronical components/parts located on the circuit board close to the sensor and therefore the longer dark frame the user takes the bigger visual appearance of the "defect" shows]. For more information on AmpGlow issue please check THIS article.

Let’s look at the images, stretched in PixInsight (my new software tool for viewing FITs files under Linux). All images are taken at -10 degrees Celsius in bin 1×1 mode and were 10 minutes long. 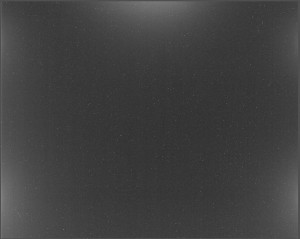 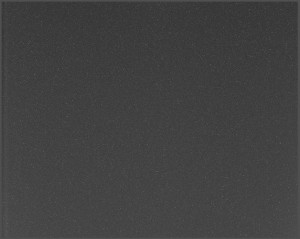 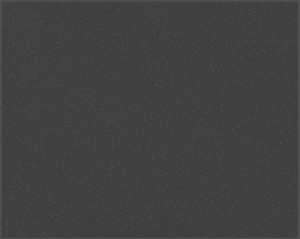 The world of CCD manufacturers and their current offerings on the market changes/evolves as well as bugs are being fixed and new ones are introduced. Therefore any statement of who makes better cameras must be done at some fixed point in the timeline.

Currently, if you are about to purchase a Sony ICX based camera, the best is to go with Atik even though Atik has readout noise around 5e- [we are talking about ICX-694 cameras, the ICX-814 are by 1 to 1.5e- "better", but what you gain here you loose in the final SNR due to smaller pixel size of ICX-814] while QSI reached a readout noise around 4e- only. BTW FLI shall now make a very nice MLx694 camera with even lower readout noise then QSI, but I cannot confirm that at the moment and could not afford/justify to pay more than twice as much money for a 1e- lower RN camera being an european customer.

On the other side, if you wonder what’s better choice whether Atik 383L+ or QSI 683 when it comes to most popular KAF-8300 detector, then the QSI is currently better choice (after last 3-4 years QSI finally makes a great 8300 cameras) if we compare these two makers only (because currently best Kodak/TSI based cameras are produced by Moravian Instruments, from my perspective).

Talking about makers, all of them had issues in the past with some of their camera production lines. There is no general-truth and black-white vision. I will put AmpGlow test [thermal noise accumulation test] on the list of performance tests that I do with every CCD camera that comes into my hands

I shall do it with my newly acquired Atik ONE, but as I was told, the electronics is the same as in Atik 4xx line so I do not expect any problem (but will test it anyway!). Yes, the Atik ONE behaves exactly the same way as Atik 4xx and that’s fine

Another update (11th December 2014)
After reading QSI letter to customers I decided to spend last few minutes more on this topic. They are probably right about the issue name, it should not be called amp glow, it shall be called glow or simply other way [from my perspective, the problem exists no matter how you call it but also the solution exists]. They are right that proper dark frame calibration (same binning, same cooling temperature, same subexposition duration matching light frames) takes care of it. They are right about their focus on low readout noise cameras (which is fine, I am the same type of guy, chasing ghosts). They are right that they had to make some decisions on the design (every maker had to do it, someone better someone worse) and they are right that the master dark frame calibration works.

What I do not like in the article apart of the fact that it is tendentious (to hide their amateur design)? The table data and chart. It is misleading and done on purpose to demonstrate something that only confuses normal, ordinary users who have no chance to understand it. There is no reference light frame used for calibration test? From where did they get the numbers and how? It is explained in the last paragraph and whoa they calibrate a single dark with a master, funny. The result is obvious and same with every correctly working camera on the market – that stacking multiple subs lowers noise is obvious. Just visually guessing the table and chart looks OK on first look because the longer subexposition the higher accumulated thermal noise (their „defect“) and therefore the higher demand/need to subtract it and obviously then „better“ ratio of correction. They simply correct for something they introduce into the image! But it is „foolproof“.

They are also not right about „subtracting a bias and a zero second dark results in an increase in image noise by 0.71, as expected…“. There are at least 3 errors. First, you either subtract bias or you subtract a dark, but I guess it’s just a wording issue as they speak about zero second dark – an equivalent of bias so they should only have put the latter into parenthesis. If you correct for both bias and zero second dark then you obviously do it a wrong way and „noise“ (without adjective) would be increased. If you say you increase noise by 0.71 you say that the final noise is lower! An increase is with multiplication and therefore with a floating point number higher then 1. OK, this was just a side note on the text quality. I think it makes no sense to comment more (last paragraph tells the reader that stacking multiple frames (whatever it is, light frame, dark frame) lowers the final noise in the frame, but that is obvious, every CCD beginner knows this rule).

Can you see the difference?

Conclusion
In my personal opinion, it is a big shame and bad advertisement for QSI. But the dark frame calibration would work just fine, it is just an ugly tradeoff having to calibrate with darks where other brand cameras with the same chip doesn’t suffer from this „defect“ and can be calibrated with usual, common way of using master bias and hot pixel mapping only as it makes life much, much easier. On the other hand, QSI cameras really have about 1e- lower readout noise (it all depends on chip as chip variance is 1 to 1.5e- from my extensive testing experience) then say Atik, my favorite brand [just got another Atik recently and a price tag and ease of use was my decision point].