Yes, yet another article about Astrodon Narrowband filters. I promise it’s the last one (at least this year). On one nice day a friend of mine asked me: “have you noticed any UV or IR leak when doing narrow band imaging with your filters and not well corrected lens?”. And I said: “no”. Because he faced such an issue with his current narrow band filters we have decided to measure mine Astrodons on a spectrophotometer. We have used old Carl Zeiss Jena SPECORD M400 that recorded the data on a 5.25” floppy disks

Well, the charts and data we got are self explanatory. 5nm SII is perfect, 3nm OIII is perfect, only the 5nm H-a filter seems to be a bit shifted towards higher wavelengths. Also, the very first run we ever did was on this filter (H-a) and it was with a quick step so that the full spectrum chart doesn’t show true maximal transmittance (or maybe we did not center it properly in the spectrophotometer as we haven’t any suitable filter holder. Also, there might be some relation to spacial sensitivity). This was the reason to measure not only the full spectrum between 200 and 900 nanometers to prove the UV/IR blocking capabilities, but also the peak transmittance detail to judge the overall quality.

Looking for excuses on this little imperfection on H-a performance I could say that the 5nm Ha was bought in 2008 (has old label at its side) while the 3nm OIII was bought in summer 2009 and the 5nm SII in late 2009 – these have a new label on them. Or maybe I am just not lucky in the top performance of this H-a filter as it happens to me frequently that I have to return the item I buy – at least once – due to some problem with quality. That’s the reason I decided to inspect everything I buy to make sure I will enjoy it. 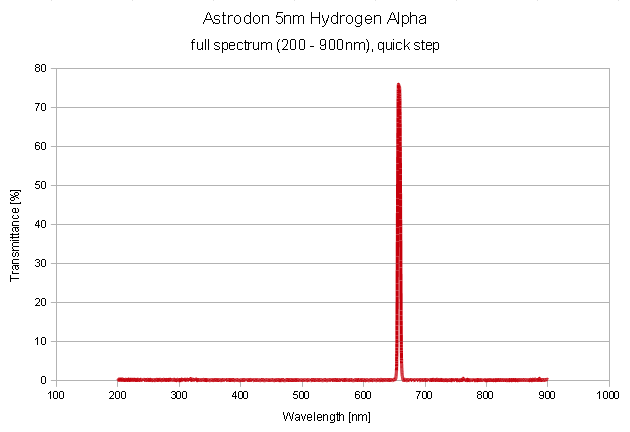 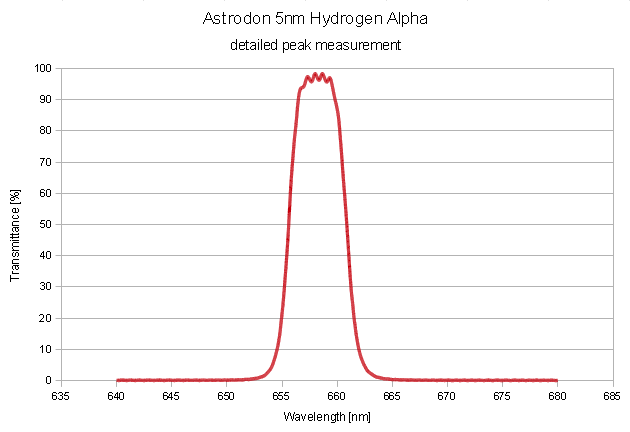 5nm H-a Filter around the peak

Next was the 3nm Oxygen III filter that we were really interested in. Full spectrum chart follows. 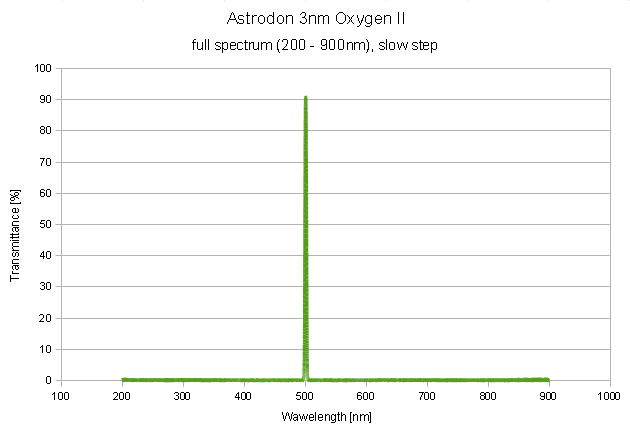 The detailed peak transmittance measurement (next chart) shows 92% transmittance at 500.7nm and it’s the maximum (along with 500.8nm). The measured FWHM of this filter is 2.9nm. 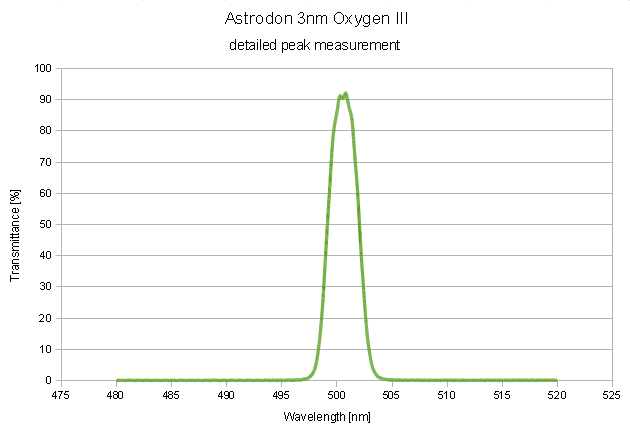 3nm OIII Filter around the peak 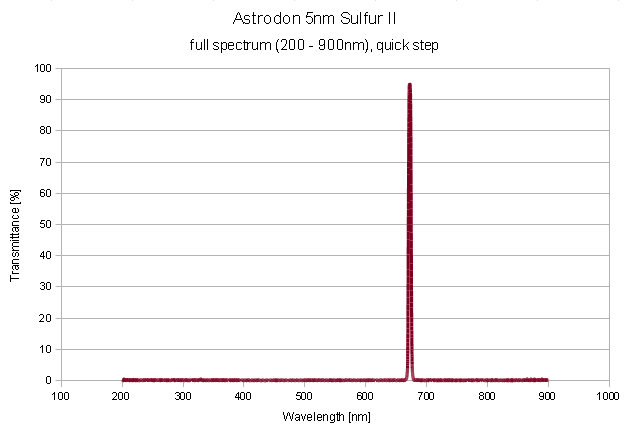 The detailed peak transmittance measurement shows 92% transmittance at 671.7nm and overall maximum 95% at almost 673nm. The measured FWHM of this filter is 4.7nm. 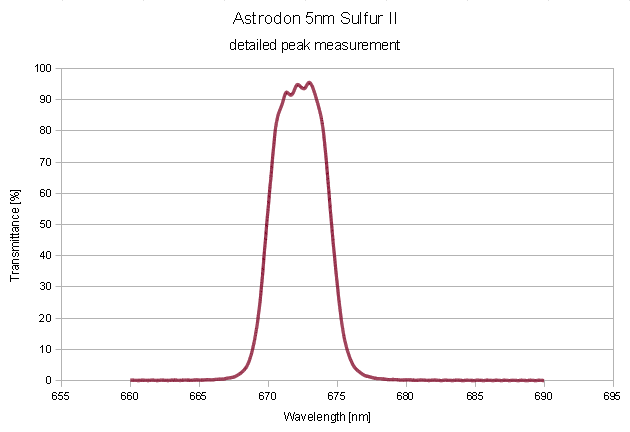 5nm SII Filter around the peak

Anything to comment? I guess not. What a pity I do not own such a spectrophotometer