I am most probably the first person who has this combo and who discovered a design flaw in G3 series of Moravian cameras. This concerns only full frame (36x24mm) sized chip when it is used with very fast optics (e.g. F/3.6 and faster). In the past (prior summer 2013) the front opening window of G3 cameras was around 40x28mm in size. Now all new G3 cameras shall have (at least those with KAI-11000 mounted in) the front window notably bigger like some 45x31mm.

I have received a new front cover replacement free of charge – see image below how much is the window bigger now. 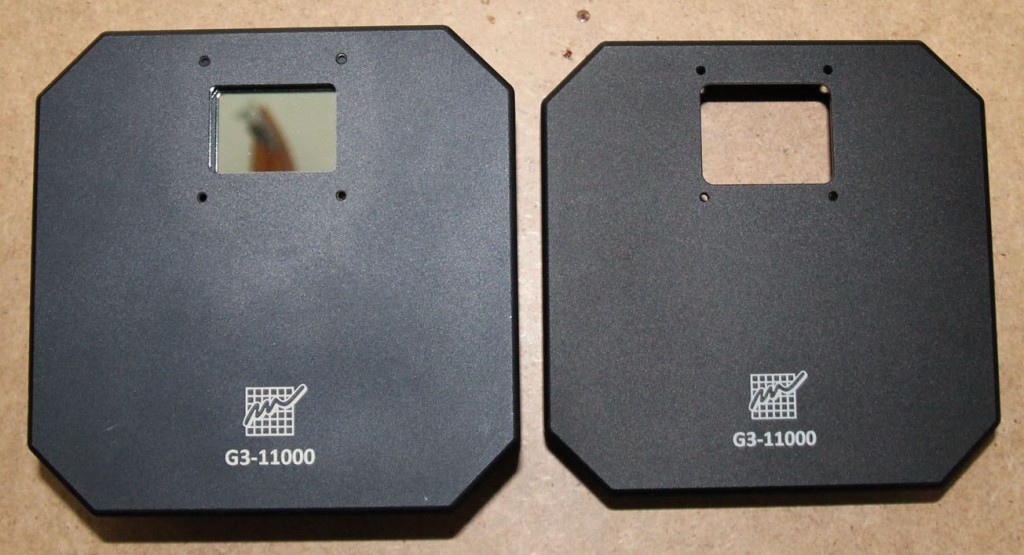 Example images show how severe was the vignetting before replacement and after the increase of the window size. Funny, never thought this could be the case. The old adapter case below also shows OAG prism in the light path causing yet another issue (resolved by moving it more towards the edge).

And, compared with ordinary STL-11K CCD camera on the same 3″ Wynne corrector: